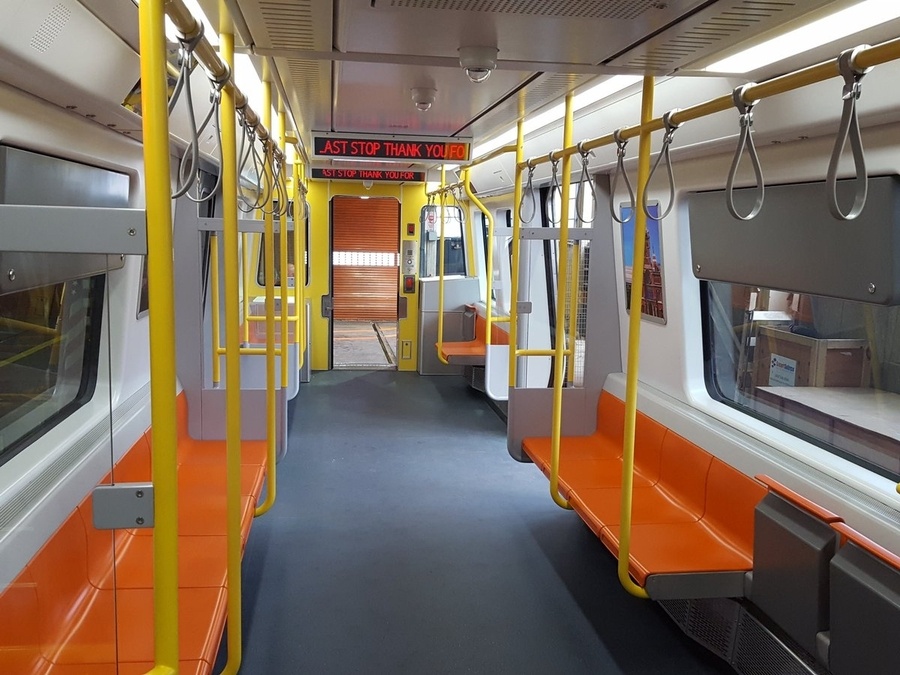 Replacement parts for CRRC MA-built Orange Line MBTA cars pulled from service earlier this month were due to arrive at a maintenance facility Monday and the cars will be back carrying passengers by the new year, said Vince Conti, director of business administration at CRRC MA in Springfield.

The Massachusetts Bay Transportation Authority put one of its two new Orange Line trains back on track Tuesday, saying it had fixed a mechanical problem that arose shortly after the highly awaited vehicles entered passenger service last year.

Workers there are unpacking them and getting ready to begin assembly work, said spokeswoman Lydia Rivera. She expects work on completing the cars to begin in earnest sometime in the next month or so.

The cars arrived by truck in white wrapping after being shipped from China to the port of Philadelphia, Rivera said.

The Massachusetts Bay Transportation Authority yesterday unveiled images of a new prototype Orange Line subway car due to be brought into service starting in January 2019 to replace decades-old rail cars.

Replacing the cars is part of a planned overhaul of the two lines that includes improvements to aging tracks, signals and other infrastructure.

The two-thirds-scale mock-up of the new Orange Line car will be shipped here from China within seven weeks.

The T has contracted for 152 new Orange Line cars and 252 Red Line cars to be rolled out in the coming years.

Assembly of Orange Line cars is underway with the first production cars having arrived at Chinese contractor CRRC’s Rail Car Assembly Facility in Springfield in April and completion slated for this December. 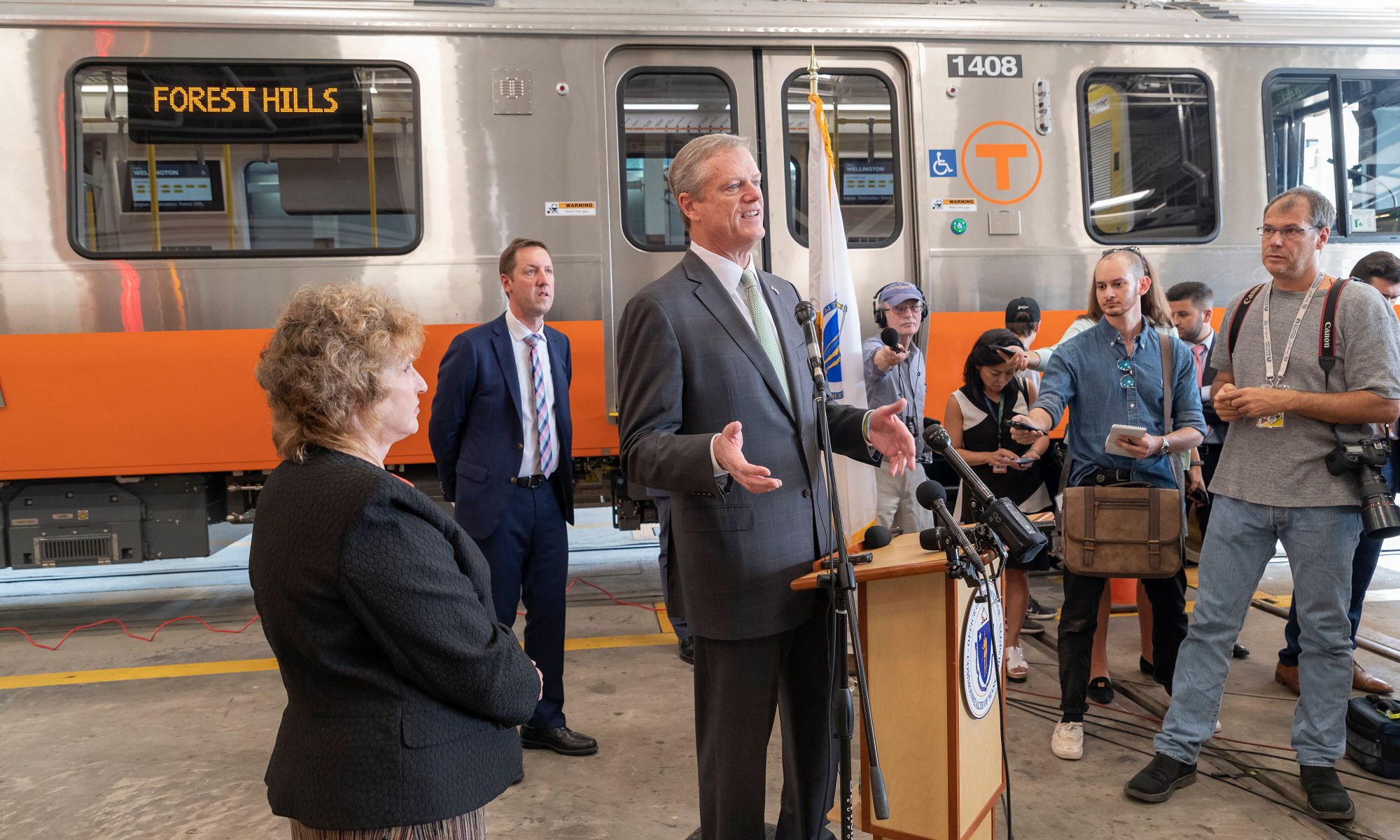 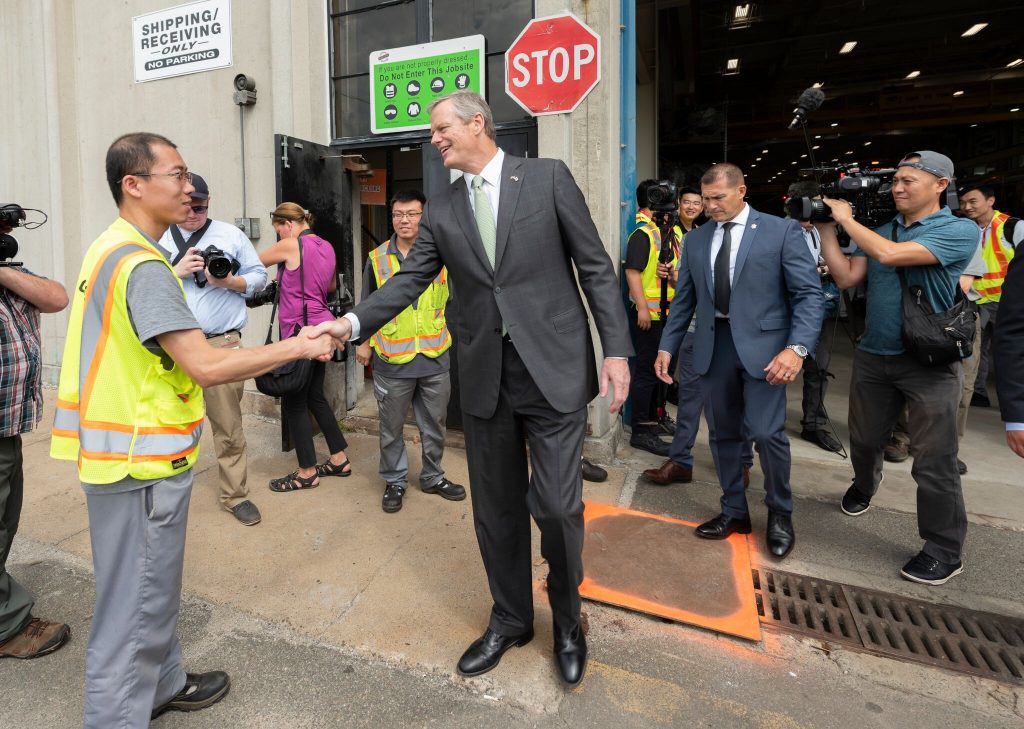 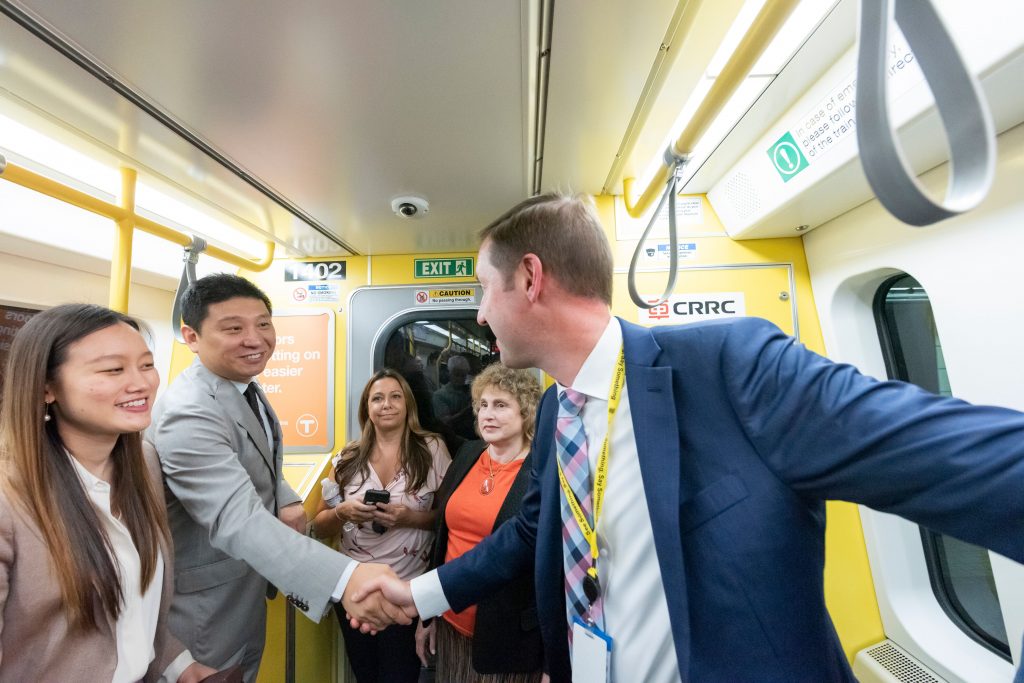 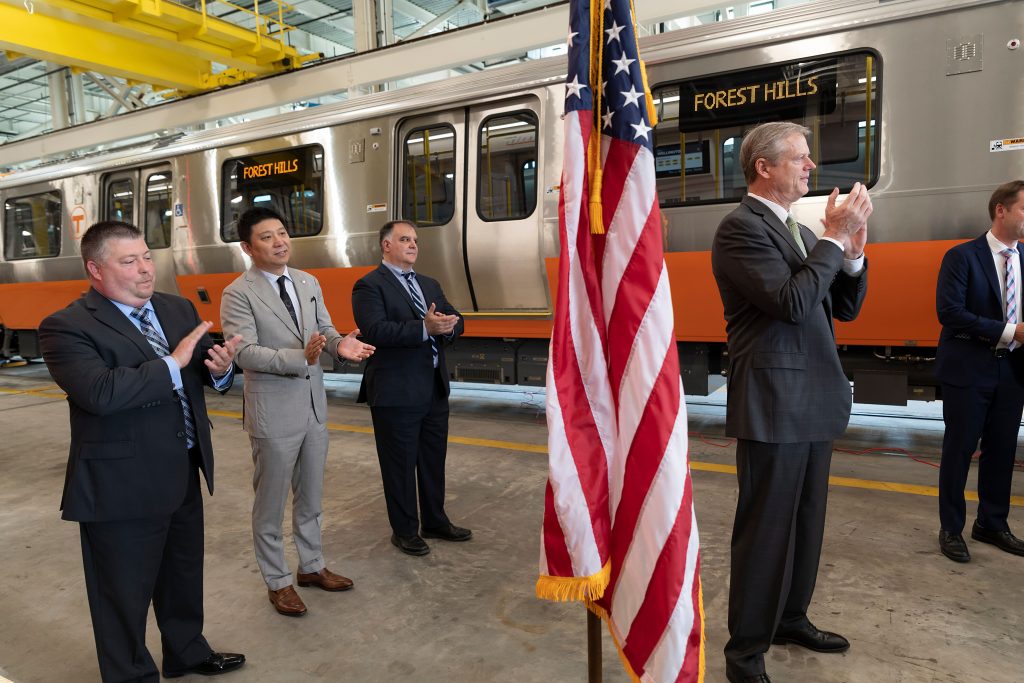 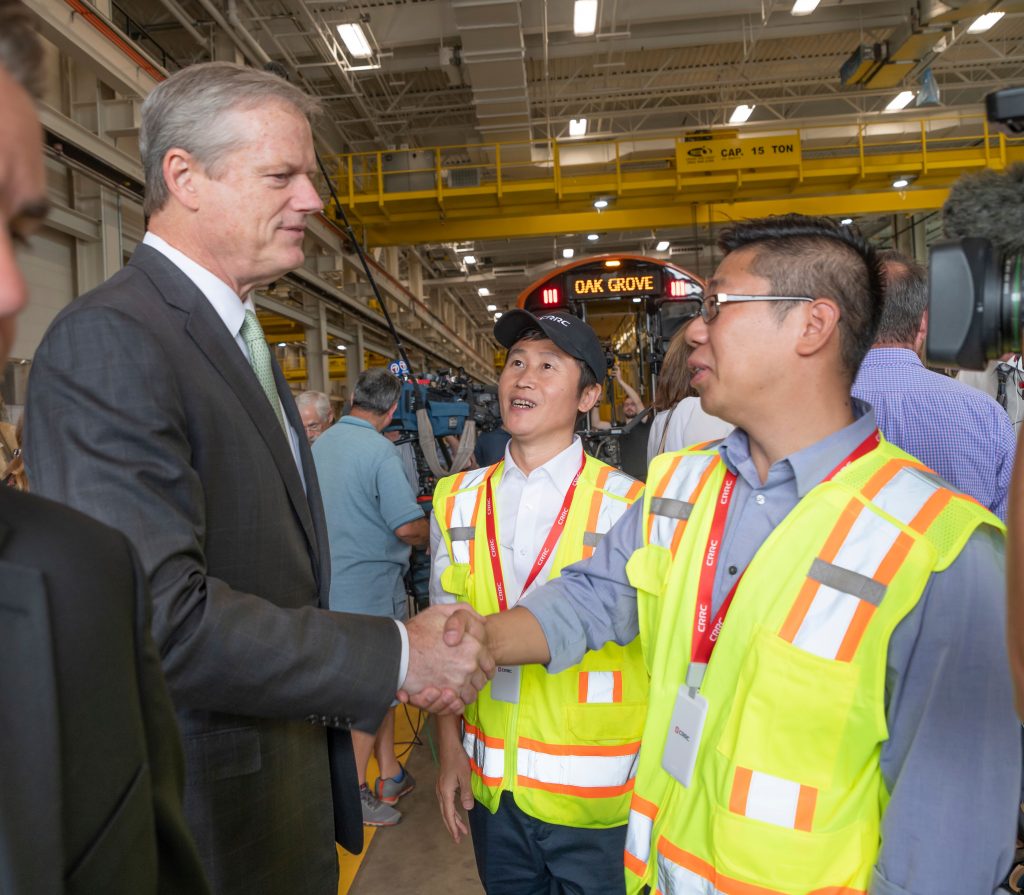 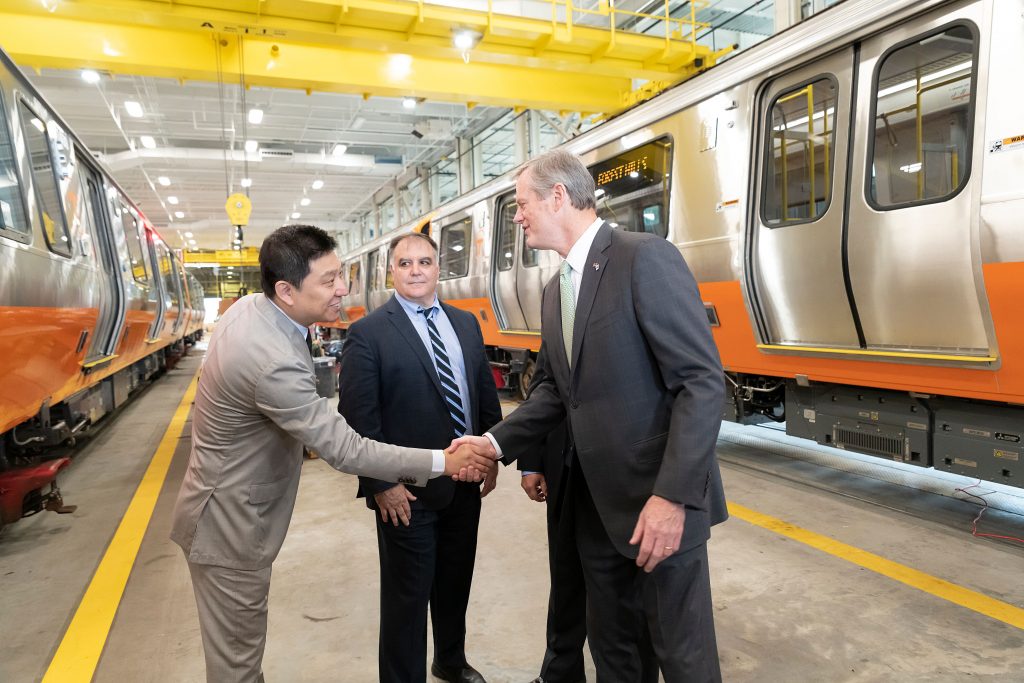 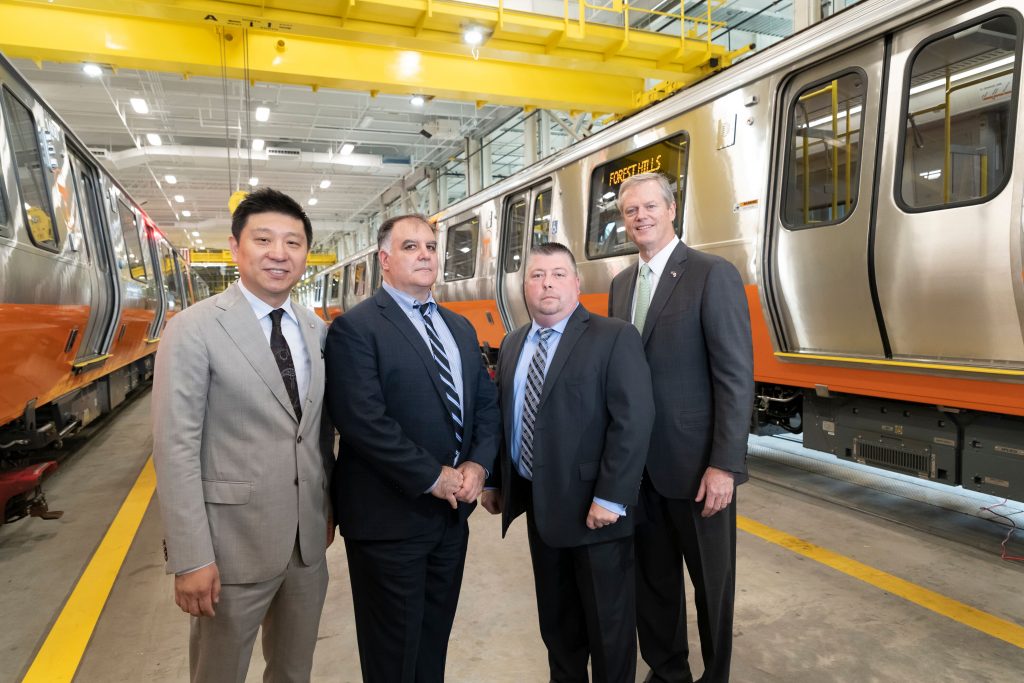 Our site uses cookies to personalize features, keep track of sessions, and to collect metrics on usage so that we can tailor to the needs of our users. To experience our site in full and to accept the use of cookies, please click Accept.

We welcome your feedback and inquiries. Please submit the form below to send us a message.