Progress continues with execution of CRRC MA’s awarded contracts and the U.S. corporation is pleased with the recent passage of the National Defense Authorization Act (NDAA) preserving CRRC MA’s presence in the U.S.   The bill enables the following:

With the support of Massachusetts Congressman Richard Neal, CRRC MA’s presence in the U.S. and that of the corporation’s unionized workforce has been preserved.   Congressman  Neal has been an unwavering champion protecting  jobs for American workers across the country and locally in his backyard –Springfield, Massachusetts.  His ardent  support and commitment was to ensure CRRC MA remains a competitor in the  passenger rail market. This together with a two-year moratorium allowing the local rail car builder an opportunity to compete for all vehicle procurement bids at transit agencies across the U.S.  will mean more American jobs, many of them unionized. Thanks in no small part to the extraordinary efforts of Congressman Neal, CRRC MA remains a viable competitor in the U.S. rail car market and appreciates Congressman Neal fighting to preserve opportunities for the company and its American workforce. See our special thank you event for Congressman Neal 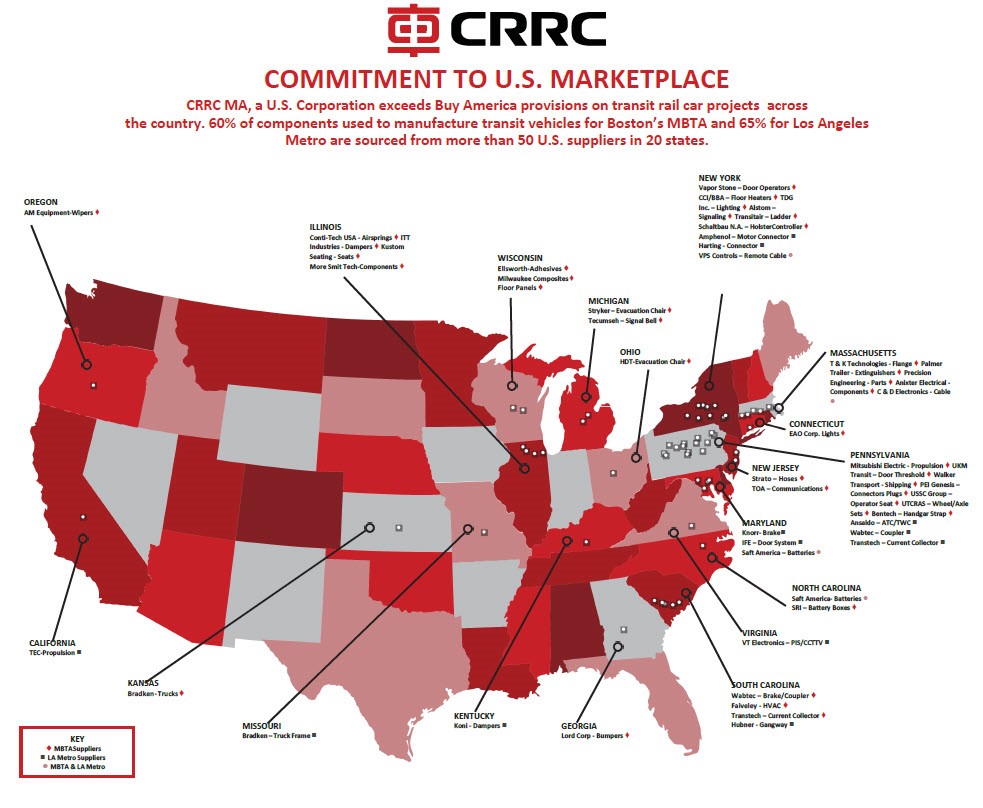 Explore more facts about us:

Our site uses cookies to personalize features, keep track of sessions, and to collect metrics on usage so that we can tailor to the needs of our users. To experience our site in full and to accept the use of cookies, please click Accept.

We welcome your feedback and inquiries. Please submit the form below to send us a message.